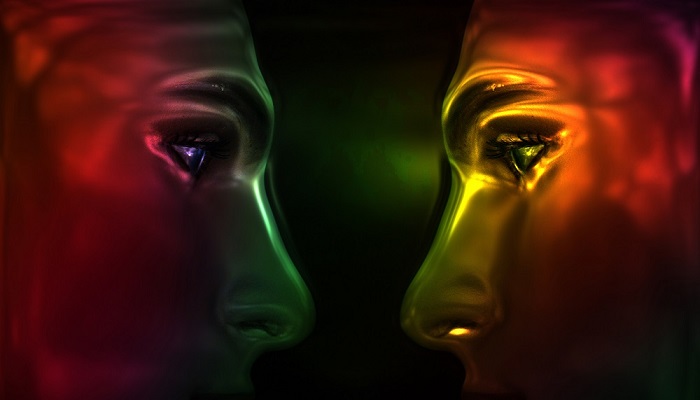 Now while you may not be aware you’re allowing this to happen, the FANTASTIC part about it is that YOU HAVE THE POWER TO CHANGE IT.

You’ve been programmed by well meaning people from a young age to focus on the negative.

‘It’ll save your from disappointment,’ they say…

That’s bullshit and now that it’s locked in your subconscious, it’s playing over in your head without you even realising for most of the time.

The problem with that is that when you think these thoughts, they activate a negative feeling which goes out into the universe and attracts back to you exactly what you don’t want.

You have the power to reprogram your thoughts so you can start to attract what you want into your life instead of continually bringing in the mud on your shoes.

YOU HAVE TO WANT IT

Ask yourself, do you REALLY want things to change?

If you think you want something but you aren’t truly ALIGNED with it 100%, no questions asked, no money back guarantee ALIGNED, you won’t change a freakin’ thing.

You have to want it and you have to believe you can change it.

STOP LIVING YOUR LIFE ACCORDING TO OTHERS

Start listening to your own intuition. Learn to say NO. Start being true to who you REALLY are.

You have to start being true to yourself regardless of what anyone else thinks.

Do you allow yourself to feel joy or have you been so heavily programmed your whole life to focus on the negative that you know no other way?

We’re all taught that life must be hard and God forbid if someone is actually happy.

I was totally in the FLOW the other day and was walking around a shopping centre with a huge smile of my face. It was interesting to see how many looks I got from heavy faces. Everyone’s walking around with the weight of the world on their shoulders…

Why? Because that’s what they’ve been taught life is about. Difficulty. They focus on it and so they end creating a life of difficulty.

Stuff that! You can have a life filled with joy and you’re perfectly within your right to feel joy every day…
It’s safe. Go ahead and try it. Allow yourself to feel joy.

WHO ARE YOU, REALLY?

Being told to watch your tongue sounds harmless enough, but here’s what that did to me –

Don’t get me wrong, I don’t intentionally go around saying things to hurt people. I’m just straight and direct to the point when I have something to say and sometimes it can be taken the wrong way by someone with a more ‘feeling’ personality type.
I just don’t believe in beating around the bush.

The thing is, I can’t control how anyone interprets anything and I can’t be expected to live within the ideals of someone else.

…and you need to start being YOU!

CONFRONT THE VOICES AND THE PEOPLE IN YOUR HEAD

To stop the voices in your head, you need to confront them…

If you’re having a conversation with another person, stop everything in that moment, look the person in the eye (in your mind, of course) and confront them. Tell them you’re not having this conversation any more and tell them to go away. Watch them stop talking, turn around and walk away.

As they’re walking away, take a deep breath and replace the conversation with an affirmation that works for you. Also replace it with a positive thought.

When they come back, do it again…and again…and again. Keep doing it until they stop coming back. Keep consciously replacing their conversation with a more positive outcome.

When they come back later, do it again…and again….and again. Just keep doing it until eventually they go away.

I used to like having some fun with this where I’d say, ‘Talk to the hand,’ if they kept on talking. Having fun with it makes it easier. Things don’t have to be so serious.

If you’re having a conversation with yourself, give your voice a shape and confront it. Stick two goggle eyes on it, if you want to. Do the same as if you’re talking to someone else.

You don’t need to control everything. Let it FLOW…

The whole point with this exercise is that you’re creating new neural pathways. These take time. It’s the same as learning a new instrument. Yes, it will be difficult to start with but as the pathways develop, it gets easier.

New neural pathways can take several months to develop so don’t give up after the first week. Keep going. Eventually it will click and you’ll start thinking more positive thoughts than negative without even thinking about it…

…and the great thing is that if a negative thought does pop into your head down the track, you’ll be more equipped to deal with it and nip it in the bud straight away.

So, get cracking! Things won’t change if you don’t take charge and start making changes.

Remember…it’s YOUR life. The quality of it is YOUR choice. Make it SENSATIONAL!

Hey! I’ve just had this AMAZING idea pop into my head…

– How those voices in your head are affecting your manifesting abilities
– What you REALLY need to focus on when manifesting
– Why Ask, Believe, Receive is not the whole story
– Pin point where you’re going wrong and how you can change it

…PLUS you’ll also receive a FREE copy of my new book, ‘The Law of Attraction: Why it’s not working for you and how you can fix it’