Home Law of Attraction Follow Your Heart Of Course! Choosing Ease and Flow Over Resistance – The Choice is Undeniably Yours

Of Course! Choosing Ease and Flow Over Resistance – The Choice is Undeniably Yours 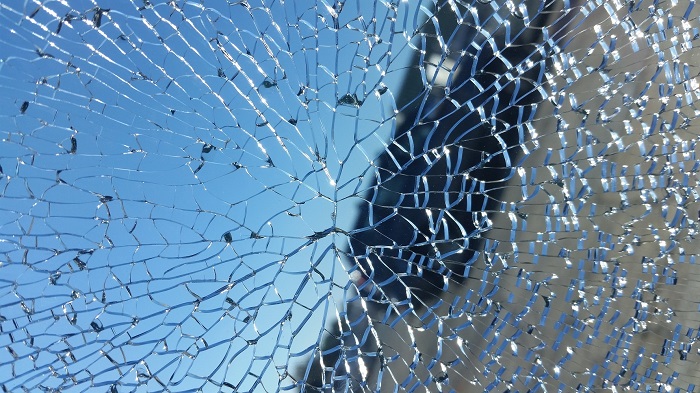 Yesterday, I woke up and said, ‘I wonder what amazing things will unfold today?’

It’s something we should all say every day and then sit back and watch in amazement at the amazing things that do unfold for us each and every day.

Little did I know my day was going to go in a completely different direction to what I had planned.

I’d planned to drive an hour and a bit to Brisbane to see my hairdresser. After that I was going to run a few errands and wondered what I was going to do to fill in a few hours before I had to head back to teach my yoga class.

I love my hairdresser. She’s funky and fun and has been my hairdresser for about 15 years. We also have the same birthday so that makes her super awesome 😀

She has her own salon set up in a caravan at her house. It’s like a hideaway from the rest of the world where she works her magic and for two hours every six weeks we talk about everything.

While I was there, the lawnmower man came to work his magic on the dried out lawn in the yard. The poor lawns everywhere haven’t seen any rain for ages and you couldn’t see him or his partner for dust.

All was good until I went to my car and the passenger side window was smashed into millions of pieces.

You could see the point of impact where a stone has flown up and hit the window. My windows are tinted so the film held the shattered window in place.

My first thought was, ‘Wow! That’s interesting. I wonder why that’s happened?’

At that point, I had two options…I could get REALLY upset and start jumping up and down or I could bring my focus back to the moment and see that an adventure was about to unfold with an opportunity to let go and enjoy the ride.

I’ve done so much inner work that it really was a no brainer…let’s see where this adventure will lead and what amazing outcome I can manifest in the process.

You will always get what you choose to see happening. If you choose to get upset and only see the entire process as being an inconvenient pain in the ass, that’s EXACTLY what you’ll get.

If you choose to go with the flow, see the outcome you want and tune in to your soul’s guidance for direction, that’s EXACTLY what you’ll get.

It’s what you believe to be true that will happen.

Before I went back to see the lawnmower man about it, I saw everything in my mind unfolding perfectly and a happy outcome for everyone. He came out to see it and didn’t question it. He gave me his details and asked me to get back to him with some quotes so he could look after it.

After speaking to several people, I had quotes ranging from between $300.00 to $500.00 with a wait of anywhere from 24 hours to several days before they could even look at it. It would also require me to drive an hour each way several times to have the window replaced and then the tinting done. It was turning into a very time consuming exercise that I didn’t want, so I refocused and said to my higher self, ‘Show me an easier way.’

A voice in my head said, ‘Find a wrecker.’

I contacted my partner who rang around and found a wrecker with the perfect window for my car 15 mins away.

As I was driving there, I was thinking about how I was going to get the window installed. Thoughts of the swearing and cursing I would endure as my partner was trying to install it blindly flooded my mind.

I stopped myself and thought, ‘No! There is an easier way. There is a wonderful person out there who knows what they’re doing who will install it for me with ease,’ and instead of trying to figure it out, I just saw with my mind’s eye a new replacement window in my car while I was at the wreckers.

The people who work at the wreckers don’t install anything – that’s not part of their deal – but I still saw my new replacement window in my car in my mind before I left the wreckers.

While the guys were organising a window, I asked if it was hard to install. They all just smiled at me with one of them saying, ‘Not if you get someone else to do it!’

As I was leaving, the man at the counter said, ‘I overheard you asking about installing the window…’ He pointed to the building next door and suggested I go and see them.

So, I did. They said they were really busy but if I could wait 15 mins until someone came back they could do it.

While I was waiting I sat there and looked at the window and instead of seeing a broken window, I saw a work of art…

It was beautiful….the way the glass broke was mesmerizing…

The guy was back within 15 minutes and installed my new window with no cursing and swearing. Within two hours of the window breaking I had a replacement window installed easily and effortlessly.

The next day, I said to my higher self, ‘Direct me to the right tint guys…’

As I scrolled through Google, one site in particular jumped out at me. I’m a great believer in being led in the right direction, first time, every time when something jumps out screaming ‘Hell Yes!’ at you…

I called them and asked if they could fit my car in that day.

‘Can you come in in about an hour?’

‘Sure! It will take me that long to get there anyway. Perfect!’

The total cost for the window came in way under the quotes, it looks fantastic and was fully repaired within 24 hours…before the earliest time the glass companies could even look at it.

A win for the lawnmower man and a win for me because I was saved a lot of time and effort and I enjoyed an adventure in the process.

I sent the details to the lawnmower man and he paid it straight away – no questions asked.

During this entire process, it was like everything was happening in slow motion, unfolding perfectly before my very eyes, exactly as I had imagined it would. I also only encountered amazing, friendly and helpful people along the way.

Even the guy at the servo on the way home from Brisbane the day before was amazing. He was the only person on shift, making coffee and processing payments all with a great attitude and because I had to wait a little longer for my coffee, he put a note on my coffee card to make my next free coffee an extra large one.

At the end of the day, I stood back and said, ‘Of course!’

Of course everything unfolded perfectly because that’s what I decided would happen….

When something happens in your life unexpectedly, take a moment to focus on how you’re going to choose to react…

You have a choice as to how you react and it will be your choice that will define how things will unfold….

Of course…if you choose to focus on the inconvenience and be completely negative about it, you will gift yourself an experience you would much rather forget…

Of course…if you choose to see the gift in what has happened to you, see everything unfolding perfectly and surrender to the process, that’s exactly the experience you will have…

And you will simply smile to yourself and say, ‘Of course!’

Everything happens for a reason…life doesn’t happen to you…it happens for you. When you embrace that and align yourself with your manifesting powers, that’s when the magic happens.

We all hold the power to do it…

With your thoughts and your feelings…

With your beliefs of what’s possible…

You are creating tomorrow’s reality…

If you’d love to learn more, PM me and let’s see how we can work together to get to the core of your manifesting powers and to discover what’s holding you back from creating the life you want.