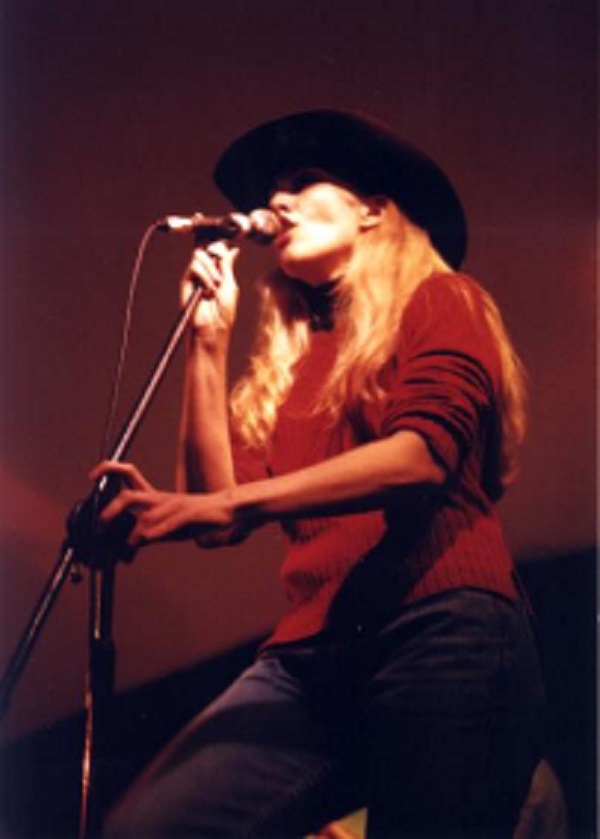 One fear that came up was a fear of failure which has just reminded me of a moment I’d forgotten about where I energetically nose dived into the ground in front of a live audience.

Before I travelled the world as an entertainer, I hosted karaoke shows. I learned a lot about entertaining during that time and as my experience grew, I decided to enter a talent quest where a live band was used instead of using backing tracks.

This was about twenty years ago and it was pretty scary for me at the time. I didn’t have any experience with working with a live band and it was just a little bit (ok…A LOT) intimidating working with professional musicians.

I had to organise charts for the band. We rehearsed two dancers to perform while I sang. It was a big deal for me.

I’d sung my song heaps of times before. In fact, it was one of the first songs I’d sung at karaoke. It was a country song called ‘Rose Garden’ by Lynn Anderson (who’s old enough to remember that one!)

I was as prepared as I could possibly be. All I had to do now was to go out and perform.

It all started well. Even though I was as nervous as hell with my heart pounding in my chest, I was singing, the band was playing and the girls were dancing. Everything was going fine until I instinctively looked down for a TV screen with the words on it AND IT WASN’T THERE!

I knew this song back to front. I knew all of the words but because I was so used to looking down and seeing a TV screen with the words on it when I was hosting karaoke (even though I was never really reading it at the time) when I looked down and it wasn’t there my mind drew a complete blank!

So, the band kept playing and the girls kept dancing but here I was on stage, in front of a live audience with no lyrics in my head and no idea what to do just wishing a big hole would appear and the ground would swallow me up!

I didn’t know how to work with a band to wrap it up but thankfully, the band leader could see the fluorescent glow of red on my face and so she took control. It was SO embarrassing!

It was the type of event that the fear of failure says will happen if you take a chance and it’s that fear that stops most people from taking a risk and having a go, but here’s the thing…

Yes, it was embarrassing BUT I learned so much from that experience. The drive in my heart to be more than just a karaoke host won out over caving into the embarrassment so I decided to look at what happened so I could take action to avoid it ever happening again.

The main lesson I learned from that was to make a point of no longer looking at the screen when I was hosting karaoke shows. I made myself learn all of the words and relied on my memory instead of relying on the safety of a TV monitor and that in itself has been worth its weight in gold.

Take the pressure off yourself to be perfect. No one is perfect so why do you think you need to be?

No one ever started out being an expert at anything. They had to learn and fail before they had success.

Take a chance. Yes, you could very well crash and burn but it’s in the failure that learning occurs. That’s where you grow.

Yes…you will feel like shit afterwards but that will pass. Use the experience to learn from. Don’t waste your life letting the fear of failure hold you back from achieving your dreams.

The life you want is on the other side of your fears. Take a chance on yourself. Allow yourself to make mistakes and be proud of the fact that you’re having a go. Every success and failure is a step forward.

You can play it safe or you can live your life. It’s your call but I know that for me, a life that gets my heart pounding because I’m pushing my boundaries is one that makes me feel alive!

Next week….Unleash Your Manifesting Mojo will be UNLEASHED!